Possible Rust is a blog about the Rust programming language.

Specifically, it’s a blog for intermediate Rust programmers; people who’ve maybe finished the official Rust book, and are looking to better understand how to use Rust in the real world, what the patterns are that they might encounter or what to use, or how to read other people’s Rust code.

If that’s not you, that’s alright! I highly recommend starting with some of the official recommended learning materials, including the Rust book, the Rustlings exercise set, or anything else linked from the official website. A lot of work goes into making those materials clear, useful, and organized in a logical progression to effectively teach the language.

I also recommend, at any stage of Rust knowledge, that you read the error messages the compiler gives you. The Rust compiler is very good, and usually gives clear, useful error messages that help guide you from broken code to code that not only compiles, but works correctly.

If you’re at the point where Possible Rust can help, it’s useful to understand a bit of how it’s structured. The site’s posts are organized into five categories:

Additionally, posts are tagged according to the major language features or concepts they address. You can view them all on the tags page.

The full list of past posts can be found on the archive page. This is likely easier to navigate than scrolling through pages of past posts.

Finally, while the site doesn’t incorporate searching directly, you can limit search results in your preferred search engine to include only the Possible Rust site. My preferred method is with DuckDuckGo.

Outside of the site, all posts are shared to the site’s Twitter account, which may also periodically feature other posts including Rust Q&A sessions, or links to other interesting or useful Rust material. These posts will always be tagged so you can filter them out if you’re uninterested in seeing them.

You can also subscribe to Possible Rust via an Atom/RSS feed. Due to limitations in exposing the full formatting and extra features (including asides, tables, and figure blocks), the feed does not include full post contents. However, the site itself is designed to load extremely quickly, and includes no analytics tracking beyond what’s performed by GitHub Pages (IP address and what page is requested, at minimum). In fact, Possible Rust currently includes no JavaScript at all, and receives a perfect 100 out of 100 score for both mobile and desktop from Google PageSpeed Insights.

The site is also intended to be fully accessible for all users. This includes periodic testing for color contrast and keyboard navigation. I am always looking to do better, and if you encounter a usability challenge, please let me know via a Direct Message to the Possible Rust Twitter account, or by sending an email to possiblerust at gmail. 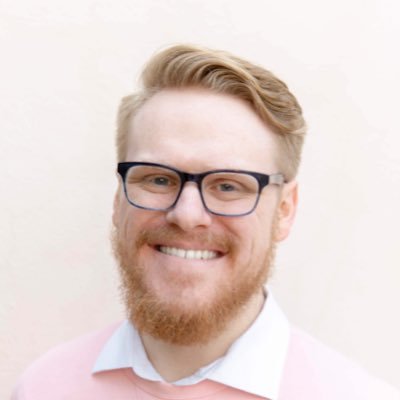 My name is Andrew Lilley Brinker (“Lilley Brinker” is my last name), and I’ve been writing Rust since 2013. My main focus in the Rust community is on teaching and mentoring. I’ve contributed to a few pieces of official Rust documentation, including the now-defunct Frequently Asked Questions page and a small portion of the Rustomicon. Elsewhere, I’ve taught formal and informal Rust training at MITRE (where I work), provided mentoring to new Rustaceans, taught Rust to undergraduates learning programming language theory, and now I write this blog!

Outside of teaching Rust, I work in software security, building safer and more secure programming languages, working with static and dynamic code analysis, exploring formal methods for proving things about software, and investigating software supply chain risk management. I’m also a manager, and love to mentor and support those I work with, especially newer professionals, in achieving their career aspirations.

You can find my two prior Rust talks on YouTube: